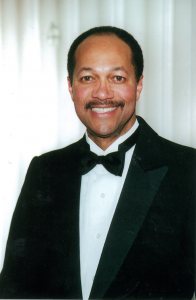 The best advice James Heggie would give to today’s students, “Understand there are no limits, go as high and as far as you can, overcoming obstacles, and along the way helping others whenever you can.” That’s how he has lived his life, accomplishing major strides along the way by setting goals, staying focused, being humble and respecting others.

Heggie retired in 2013 as the director for Education and Community Relations in the area of Health Disparities for the MD Andersen Cancer Center at the University of Texas. Through this position, he worked to link researchers with high school and college interns to conduct valuable work in health disparities. He participated in similar work for Texas Medical Center impacting health disparities in areas such as access to medical treatment across the country.

“This has been some of my most rewarding work – helping students gain valuable experience working with researchers to make a difference in the lives of others,” said Heggie.

You can find evidence of his perseverance throughout his life as far back as his school days growing up in the northeast area of Kansas City, Kansas, well into his college years, and today. He graduated in the top 10 percent of his class and was an active student leader in the classroom, in football and track. These are just a few of his stellar accomplishments during school:

Heggie has many notable accomplishments. He was education chair of the Houston Citizens Chamber of Commerce, where he helped to raise $100,000 for college scholarships; appointed by a former Houston mayor to serve as chair of the city’s Affirmative Action Advisory Commission and selected as a loaned executive for three months by the United Way of the Texas Gulf Coast to assist with the State Employees Charitable Campaign.

He was selected by the Kansas State High School Activities Association for induction into the Hall of Fame’s Class of 2018. He was honored with a plaque by former Houston Mayor White and the City Council proclaiming May 18, 2005 as “James A. Heggie Day,” as volunteer president of the Houston Westbury High School Track & Field Booster Club that raised $10,000 for boys and girls travel, food and equipment.

Heggie has a bachelor’s degree in secondary education, and a master’s degree in higher education guidance and counseling from Kansas State University in Manhattan, Kansas.

He is married to Alpha Heggie, a certified public accountant, and they are the proud parents of Jordan Alexandra Heggie, a former track hurdles champion at Sam Houston State University in Huntsville, Texas.