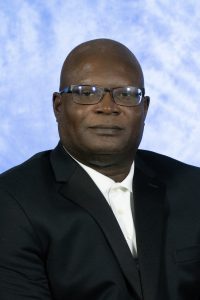 Neil Harris started out working for someone else and now he is an entrepreneur with two highly successful businesses in two states. He is the president of Harris Data Storage, a 21-year-old records management and logistic distribution center in Lincoln, Nebraska, and chief executive officer of Harris Security and Protective Services, LLC, an 18-month-old, full-service security firm in Scottsdale, Arizona.

Prior to starting his business, he had been working in the insurance industry for about 11 years. “Because of a promotional ceiling I had reached, I had to create my opportunity; a family friend suggested I start a business,” said Harris. And that is exactly what he did with a 45-day start-up plan, which led to the opening of Harris Data Storage, Inc.

It was through his work with storing documents that he realized the importance of security. “We were already picking up the documents, storing them in a secure location, but we needed to ensure complete security throughout the handling chain. I understood the need to protect the information we stored and that security was the next logical step for the future of our business,” he said.

But how did he go from working for someone to being the boss? His success lies in what he refers to as the “Five Ps.”

He refers to these principals as “constants that keep me centered” and the advice he would give to anyone thinking about becoming an entrepreneur.

He founded the Nebraska High Five Youth Organization, which is designed to help kids through sports activities gain the knowledge and abilities to pursue college educations. “I am extremely proud of the work we have done with this organization. We have had several success stories as a result of the program from students who have become doctors, teachers, bankers, engineers, teachers,” he said.

The connection with sports is a natural fit for his endeavors to help students. Harris was a football player in high school and college. He was named Big-8 Defensive Player of the Year in 1983, Time Magazine Play of the Year in 1983, All Big-8 Second Team preseason selection, and became a free agent with the Indianapolis Colts. He was also inducted into the J.C. Harmon Hall of Fame with the Class of 2011.

He is a co-founder of the Troy Hodges Memorial Scholarship Fund in memory and honor of his high school coach. The scholarship fund has awarded $72,500 to Kansas City, Kansas Public School students since 2012.

Harris earned a bachelor’s degree in language arts, speech and communications and minor in English from the University of Nebraska at Lincoln.

He was born in Kansas City, Kansas. He and his wife, Jan, divide time between Arizona and Nebraska because of their businesses.