Dr. Anna Stubblefield previously served as the Deputy Superintendent for Lawrence Public Schools. She worked in that position since 2018 after serving as the Interim Superintendent for the 2017-18 school year. As Deputy Superintendent, she oversaw Human Resources, Special Education and Student Services, Curriculum and Instruction and the Lawrence Virtual School. She was also instrumental in Lawrence Public Schools equity work. Before that, she served as Lawrence’s Assistant Superintendent, Director of Human Resources and as a middle school principal. She began her career in education as a teacher and thereafter transitioned into new roles as a coach and assistant principal in the Blue Valley and Center School Districts.
“I look forward to listening and learning in order to understand ‘the story’ about the rich traditions and values as well as hearing about the opportunities for growth and innovation,” said Dr. Stubblefield. “My intention is that every student will graduate from the district empowered and ready to launch. I share in the vision of making the district’s mission a reality-Inspiring Excellence: Every Grownup, Every Child, Every Day.”
Dr. Stubblefield earned her Doctorate in Educational Leadership from Saint Louis University, an Educational Specialist’s degree from the University of Missouri at Kansas City, and two Master degrees (Special Education and Teaching & Leadership) along with her Bachelor degree in Education Administration from the University of Kansas. In October 2018, she participated in the Women in Education Leadership program at Harvard Graduate School of Education. Dr. Stubblefield currently serves as an adjunct instructor for the University of Kansas and Baker University.
She is a married to David and both are proud parents of three sons.

Associate Superintendent of Leadership and Learning 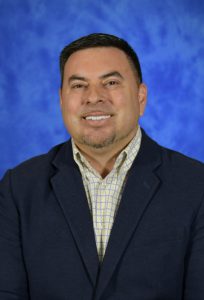 Among his responsibilities are to support the superintendent in dealing with administrative, educational, legislative and public affairs issues, oversee Title IX and federal program communications, and represent the district with the Kansas Legislature.

Linkous has worked in education for more than 24 years and has served in leadership capacities in two school districts. He was the assistant superintendent of Principal Leadership and Development for Roosevelt School District, where he worked with principals and second tier leaders to examine school systems, practices and use of data. Prior to this, he was a school support officer for Houston Independent School District, where the 10 campuses he supervised met state academic standards.

He also has experience as a principal at three schools, where he was the instructional leader, promoted the mission and vision of the district, and facilitated and created the Professional Learning Community process. 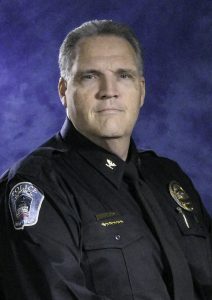 Henry R. Horn has served as the Kansas City, Kansas Public Schools Chief of Police since May 2, 2016. As chief of police, Chief Horn is responsible for maintaining and enforcing policies, directives, standards and laws of the district and state of Kansas. He is also responsible for the oversight of the school district's police officers, including school resource officers and campus officers.

Prior to his appointment with the District, Horn dedicated 32 years of service to the citizens of Wyandotte County while serving with the Kansas City, Kansas Police Department. He worked his way up the ranks from police cadet, patrol officer, sergeant, lieutenant, captain and major, to assistant bureau director. His contributions had an impact throughout all sections of the Kansas City, Kansas Police Department. Horn's continued standards of professionalism influenced several local, state and federal law enforcement partners which earned him several service ribbons, commendations and recognition awards that exemplify his outstanding performance as a law enforcement leader.

Horn is a native of Wyandotte County and graduated in Wyandotte High School's class of 1983. He has an associate's degree from Kansas City, Kansas Community College, bachelor's degree in human resource management from MidAmerica Nazarene University and earned his master's degree in organizational administration. Throughout his law enforcement career, Horn has earned several professional training certificates and attended numerous executive leadership schools.

Executive Director of Communications and Marketing