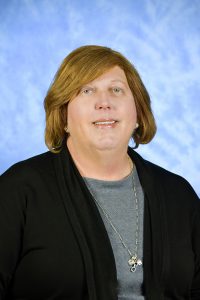 Keli Tuschman has served as the chief of the human resources since January 7, 2019, where she oversees the district’s Human Resources Department.

Prior to joining KCKPS, she was the vice president of Operations, as well as the director of the Human Resources Department for Independence Community College in Independence, Kansas. In her vice president of Operations role, she was responsible for supporting functions of the college, which included Human Resources, Marketing, Information Technology and the Business Office. She ensured the development and adherence to operational plans for these functional areas in support of the college’s strategic plan.

As the college’s director of human resources, she implemented annual performance evaluations, merit pay, and worked to redesign departments.

Tuschman has a wealth of experience in corporate America having served in various leadership positions with Koch Industries and successor companies in the Houston area.

She has a bachelor’s degree in accounting from Pittsburg State University in Pittsburg, Kansas, as well additional education through human resources training courses in benefits and compensation, and a human resources review course from Rice University.

She is a board member of the Independence (Kansas) Housing Authority, where she has served since January 2015.

KCKPS Call Center: 913-627-2455
Grab and Go Meal Information
The Latest on the Virus
What If I Think I've Been Exposed?