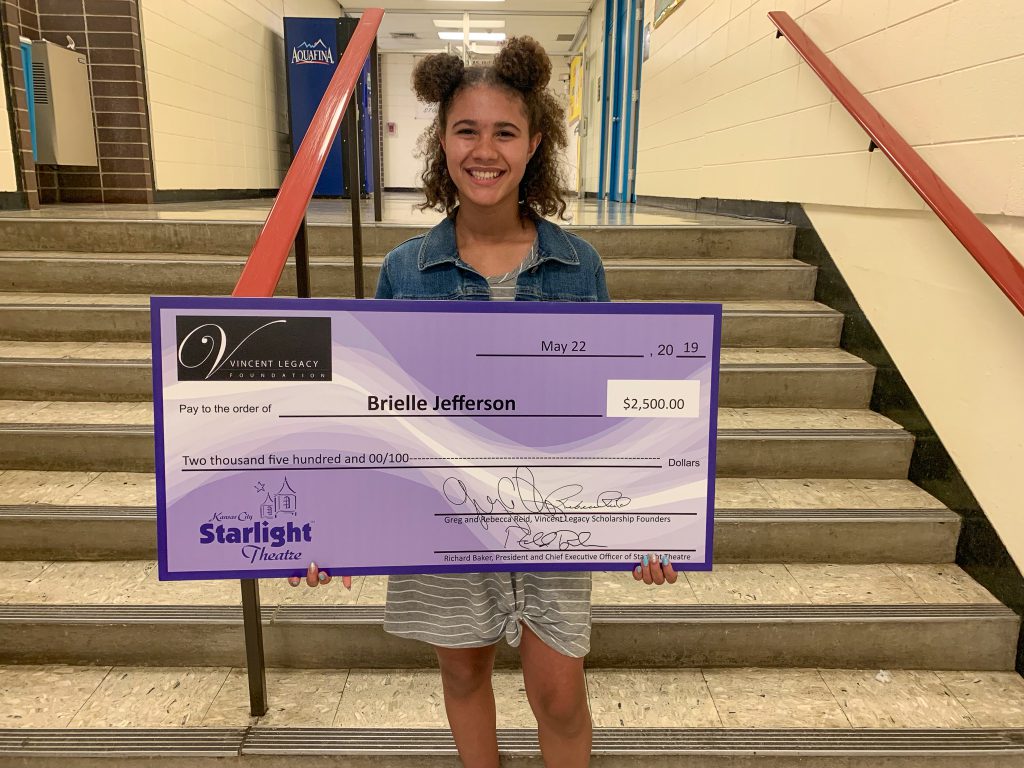 The Starlight Theatre Executives and the Vincent Legacy Foundation are committed to awarding students who show interest in performing arts. For the last 14 years, the foundation along with community leaders, Greg and Rebecca Reid and Royals charities, award four middle school students with a $2,500 scholarship. Students can use the money toward professional training. Brielle Jefferson, from Arrowhead Middle School, is one of four to be awarded the Vincent Legacy Scholarship. 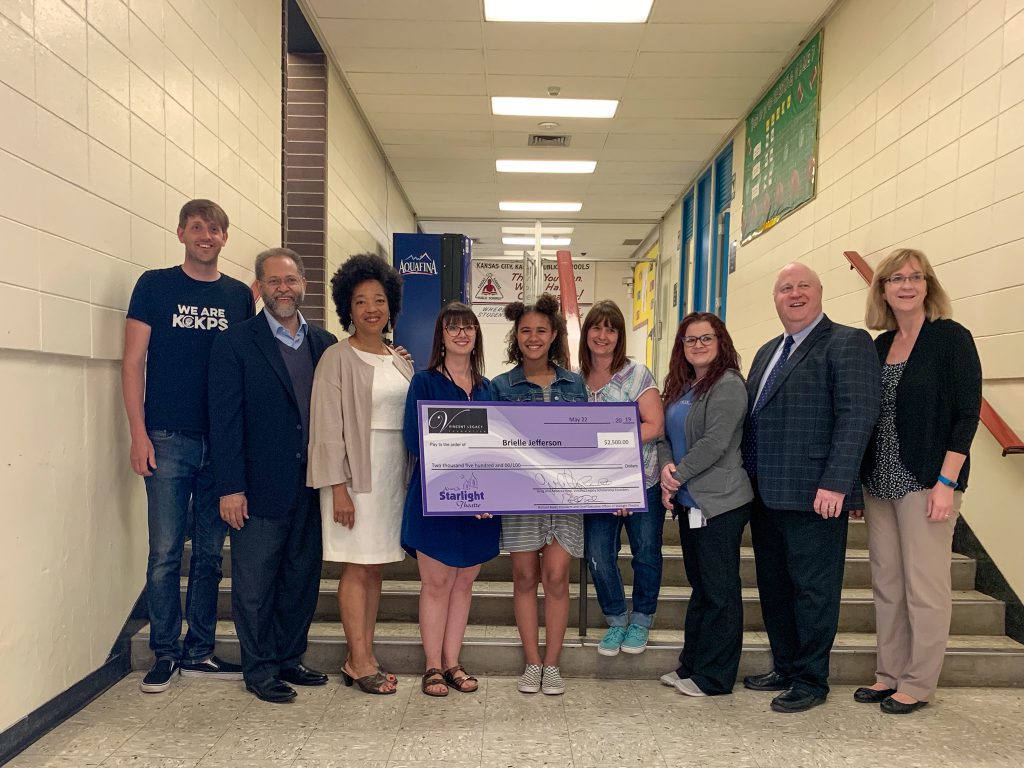 Jefferson is the eighth Arrowhead recipient to receive the award since 2012. Recommended by her teacher Billy Brames, who described Jefferson as an “enthusiastic and engaging performer who has a real talent for making people laugh.” Jefferson demonstrated her natural abilities on stage during Kansas City, Kansas??? Theater Festival, where she played the Cowardly Lion in The Wizard of Oz. “To prepare for the role, I had to be really nervous,” said Jefferson. She plans to use the scholarship for auditions in Hollywood. “I want to thank my elementary teacher Mrs. McBroom for my love of acting,” said Jefferson. Click here to learn more.

KCKPS Call Center: 913-627-2455
Device Deployment for Students - Schedule
Curbside Meal Information
Frequently Asked Questions for All Covid-19 Related Matters
COVID-19: When to Wear a Mask
State Assessments Have Been Suspended
Letters from USD 500
The Latest on the Virus
What If I Think I've Been Exposed?
Sumner Academy Open Enrollment Changes